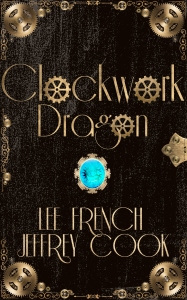 Clockwork Dragon is a standalone story about our beloved mascot, Dwago. Discover his origins and why he’s such an enchanting gentleman.

A rather small dragon lives in a rather large castle.

The wondrous magic empowering Dwago’s clockwork life also charges him with a solemn duty. His mistress needs him. For this child born with a fragile heart, he will brighten her invalid days and protect her darkest nights.

When Dwago’s master can no longer keep his young daughter safe, Dwago must fulfill his duty and confront his fears before her life ticks away.

But he is only a very small dragon. 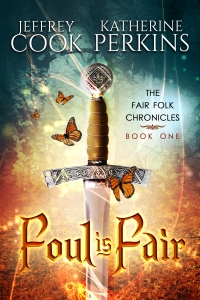 First in a complete four book series, Foul Is Fair is available in Kindle Unlimited.

Lots of girls play Fairy Princess when they’re little. Megan O’Reilly had no idea the real thing was like playing chess, guitar, and hockey all at once. Megan had known for a long time that she wasn’t an entirely typical girl. But living with ADHD—and her mother’s obsessions—was a very different thing from finding out she wasn’t entirely human. Somewhere out there, in a completely different world, her father needs help.

There’s a conflict, revolving around Faerie seasonal rituals, that could have consequences for humanity—and if Megan’s getting the terminology straight, it sounds like her family aren’t even supposed to be the good guys. As she’s further and further swept up in trying to save her father, Megan may be getting too good at not being human. 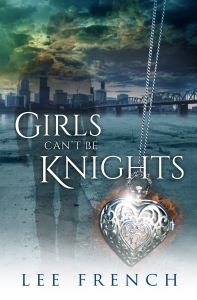 Girls Can’t Be Knights stands on its own, but it’s the first of a complete 5-book series.

Portland has a ghost problem.

Sixteen-year-old Claire wants her father back. His death left her only memories and an empty locket. After six difficult years in foster care, her vocabulary no longer includes “hope” and “trust”.

Everything changes when Justin rides his magical horse into her path and takes her under his wing. Like the rest of the elite men who serve as Spirit Knights, he hunts restless ghosts that devour the living.

When an evil spirit threatens Claire’s life, she’ll need Justin’s help to survive. And how could she bear the Knights’ mark on her soul? Everybody knows Girls Can’t Be Knights. 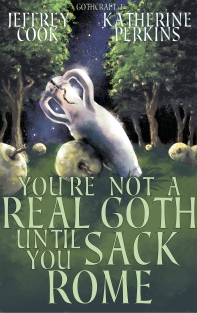 You’re Not a Real Goth Until You Sack Rome is the start of a complete series in the same world as the Fair Folk Chronicles, set 20 years earlier, in the 1990s.

Death was supposed to be an aesthetic, not a plan for the weekend.

Rae Schwarz spends her lunches at the goth table, her evenings with eccentric loved ones, and her daydreams with poetic inspirations. But family secrets have a way of getting out, no matter how long one is sheltered.

Some of the things brought to light are a little too bright for Rae’s taste, and some have a darkness and a danger she can fall into all too easily. 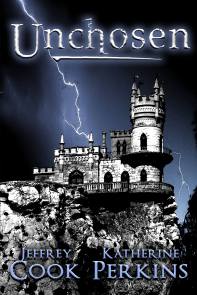 Unchosen is a standalone novel available on Kindle Unlimited.

What happens when the Chosen One dies in Chapter 1?

For countless years, the people of the four towers that stand between this realm and the Otherrealm have waited for this day. The prophecied moment has come — and it’s about to go horribly wrong.

When tragedy strikes, four companions must race against time — and victorious evil forces — without a hero to carry their hopes.

Even obviously doomed worlds are still worth fighting for. 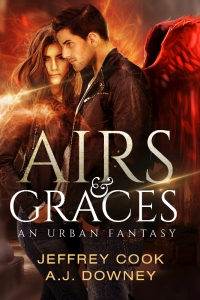 Addy’s boss has been murdered…

She’s next. She’s been folded into something that supernatural forces want, and it looks like she’ll have no choice in the matter.

Tab’s been through hell to make sure this sort of thing doesn’t happen – literally. The red-winged Angel of Free Will cares vehemently about individual agency in human destiny. How much he cares about Addy herself may be another thing entirely, but at any rate, she has a better chance with him than with the rest of the Angelic family, Fallen or otherwise.

In a run for her life and a race in which the involvement of the Devil himself is considered among the least of their worries, Addy must find enough moments of calm to unfold the Angel’s Grace inside her, learn from the visions it provides, and find the keys to Heaven and Hell. 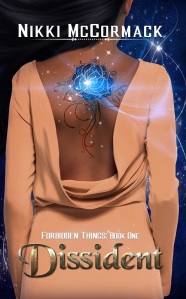 Dissident is the first of the completed Forbidden Things trilogy. The series continues with Exile and Apostate.

Ascard power can strengthen, heal and create. It also has great potential to destroy, enough to topple entire governments. Indigo’s country places strict limitations on the use of ascard so she must channel her talents into the healing arts or risk severe punishment. An orphan from a disgraced family, trapped by her father’s treason, Indigo struggles to reclaim her place in a society that has driven her into an abusive engagement.

Then a mysterious stranger from a neighboring country contacts her using ascard. He needs help escaping his prison so he can bring an end to his emperor’s oppressive rule or die trying. His unshakable devotion to his cause and the passion hidden behind his cool arrogance move her to help him at the risk of being branded a traitor herself.

When the politics of society bring them together a second time, Indigo decides to use her growing powers to help him fight his war. If only she dared fight for her own future with such passion. Perhaps she can find the courage to do so by helping the man she has fallen for win his revolution. She might have exactly the power he needs to succeed. 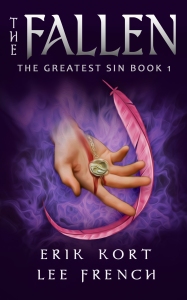 The Fallen opens The Greatest Sin, a series expected to eventually have 20 titles. The series currently includes:

The Fallen’s eBook is only 99 cents.

“In this brooding series opener, Kort and French insightfully explore staple fantasy elements, such as telepathy and resurrection, to luminous effect. …  A fast-paced series opener that will make readers eager to know Chavali’s next move.” —Kirkus Reviews

For hundreds of years, the Blaukenev clan has wandered across Tilzam, from one end to the other and back. Each wagon carries history, love, laughter, pain, sorrow, and secrets. Their greatest secret of all may be Chavali, the clan Seer.

There are always people who want secrets.
Some will do anything to get what they want. 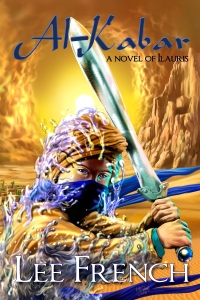 The second book set in the fantasy world of Ilauris, Al-Kabar is a standalone novel.

Without a Sultan, corrupt Fire Dancers and their pompous Caliphs abuse power and wage fruitless wars across the parched sands of Serescine.

Fakhira wishes her family could afford to solve their problems with magic. Sometimes, wishes come true. In the worst possible way. A simple peasant, she’ll have to find the strength to survive and shoulder her fate before the desert is bathed in the blood of innocents.

The Fires blaze in dozens of wild, capricious Dancers.
The Waters anoint only one champion, one Al-Kabar to serve–and save–the people of the desert. 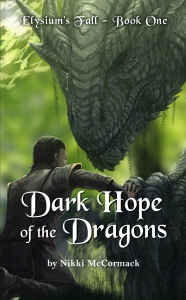 Dark Hope of the Dragons opens a new series by Nikki McCormack. Recommended for readers age 18+.

This book is available in Kindle Unlimited. Book 2 of this complete duology, Dark Savior of the Dragons, is also available.

After over a century imprisoned in stone statues, the dragons have devised a plan to regain their freedom. Unbeknownst to humankind, they placed the power to begin that process in Dephithus, the beloved heir to the throne of Imperious.

Followers of the daenox—a dark power that was also imprisoned—have learned of the dragons’ plans. On his sixteenth birthday, they give Dephithus a cruel gift of their own. A gift meant to thwart the dragons. A gift that will change his life, and his world, forever. 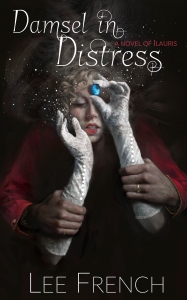 Damsel In Distress, a standalone novel, kicks off adventures in the fantasy world of Ilauris. Recommended for readers age 18+, this is a survivor’s story.

Given the burden of safeguarding a precious treasure at a tender age, Sabetia is placed squarely in the middle of a fantastical legend. Swords, demons, magic, a curse: it has everything a great epic tale should.

All she needs to do is face the danger that could threaten the world if left unchecked. If only it were so simple. A hero could solve this problem, but she doesn’t happen to be one.

A good wife is obedient, patient, obedient, quiet, obedient, doting, and above all, obedient. Sabetia was raised to be a good wife. It makes her perfect prey, a perfect damsel in distress.